Krakow is the one of the most recognized cities in Europe today. Every year tourists from all over the world arrive here see this beautiful place. The huge number of attractions requires good organization of sightseeing and knowledge of monuments. If you are guests of our hostel, we can help you. Tourist guides of our friendly company “Krakow Guide” are at your disposal. 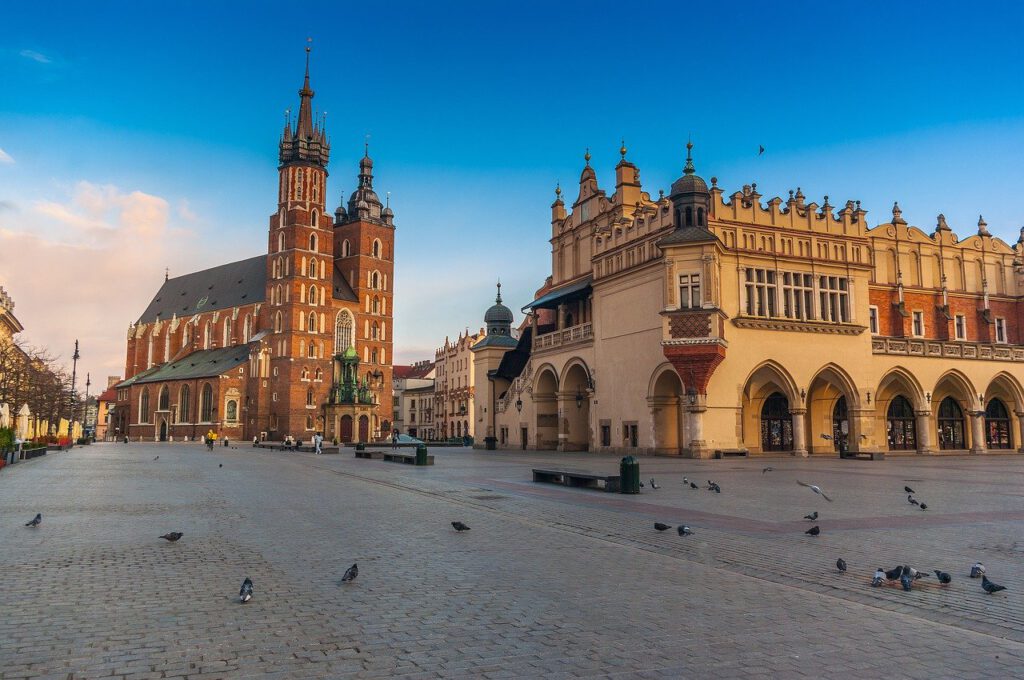 Krakow is the former, historical capital of Poland. Thanks to the presence of princes and then kings with their courts, the city flourished during the late Middle Ages, Renaissance and Baroque. Artists from all over Europe were invited to the capital city and they left a visible legacy here. From medieval churches in the Romanesque and Gothic styles, through the Renaissance castle, baroque temples to bourgeois tenement houses built between the 16th and 19th centuries – Krakow can boast of this wealth. This is also a place where the bishops who managed the church in southern Poland had their residence. From the Krakow Cathedral with the sounds of the largest bell in the country, Christian influences were spread throughout Central Europe. Krakow has been a city of saints since the eleventh century. From Saint Stanislaus to John Paul II, the unquestioned position of the religious capital remained for the millennium. The city was called the second Rome, because of the number of churches and holy men and women who lived here. Krakow is also a city where many historical events took their place. Firstly, a huge number of historical sights and museums can overwhelm the tourist. So it is great idea to take some help from the guides who will show you the city with passion and humor. 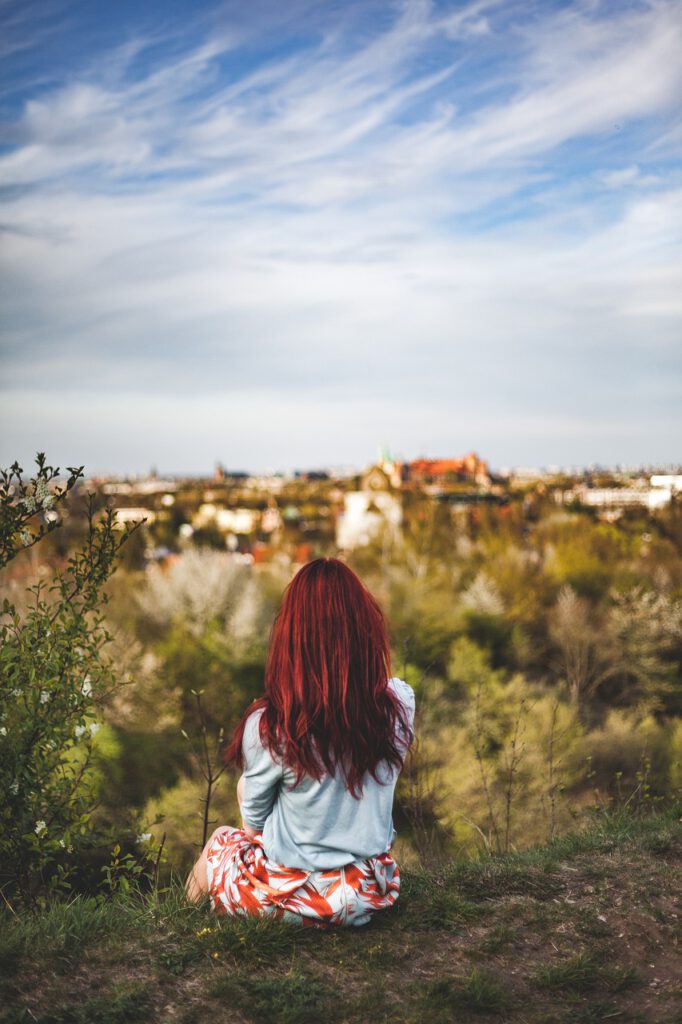 Together with our guides, you can walk through the most popular sightseeing routes – the Royal Route, from the medieval city entrance gate (Florian’s Gate) through the Main Square with St. Mary’s Church, the Cloth Hall and the Town Hall to the Wawel Hill. There, You will find a beautiful gothic Cathedral with royal tombs and the “Zygmunt” Bell and of course the Royal Castle – a beautiful Renaissance residence rebuilt in 16th century by rulers of Poland. It is also worth to see the University District, because, as You know, Krakow has been an academic city since the end of the 14th century. Kazimierz is the second popular sightseeing route, guides from “Krakow sightseeing” will show you this district with a specific atmosphere and architecture that takes tourists on a tour of the Jewish world of mysticism and religion. In addition to these basic routes, you can also arrange to visit museums with the particularly popular Underground Market Square and the Schindler Factory as well as many others that are spreaded throughout the city. Visiting Krakow is also Podgórze with the area of ​​the former jewish ghetto or Mounds – city. Viewpoints give you an opportunity to enjoy Krakow from a different perspective. I am sure that everyone will find something for themselves in the “Krakow Guide” offer: https://guide-krakow.com/.

If you would like to see other places in the region then we can arrange it for you. The guides from “Krakow Guide” are not only experts on the city, but also throughout Lesser Poland. With them you can visit many interesting places. Several are inscribed on the UNESCO World Heritage List. Near the city borders there is a unique 13th-century Salt Mine in Wieliczka. You’ll find that over the centuries, brave miners have dug up an underground city there. A little further is the second mine in Bochnia, which is also as great as the first one. If you go on a route west of Krakow, you can see another attraction from the UNESCO list – the Sanctuary in Kalwaria Zebrzydowska and the hometown of Pope John Paul II – Wadowice. The history of Poland was full of sad events, the Second World War was a particularly difficult period. It left an indelible mark on Polish lands. One such place is the former German Nazi concentration camp at Auschwitz-Birkenau. For tourists who are planning a more reflective trip, wanting to learn about the history of the Holocaust on Polish lands, we can arrange a trip to visit this place. We know that many of you, after visiting the city, also like to relax in the nature. Very close to Krakow there is the Ojców National Park, full of charming forests, rocks in very strange shapes and deep caves. It is also an interesting offer for those who decide to stay in Krakow. We invite you to use the tour guides from “Krakow sightseeing” and you will definitely don’t miss anything. 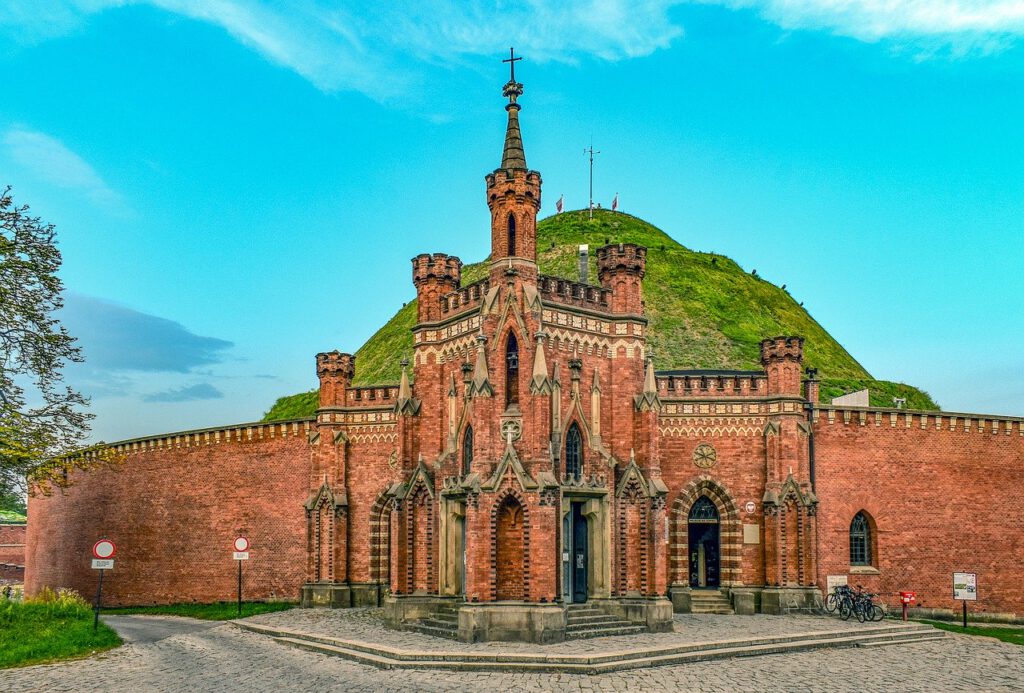